Walter Lee AKA Walter Lee Younger EXTRAORDINAIRE is a producer, songwriter, hustler, one half of the group @blackfolkinc and founding member of @circa94beats. He was born in Nashville,TN (Cashville), earning his ‘stripes’ out of Chattanooga TN (Chatt‐town) -­‐ the place he currently resides, and in Atlanta where he spent his summers. Music became his ‘heartbeat’-­‐ participating in plays, talent shows, and had his first televised performance as a youth during the legendary Lou Rawls hosted UNCF hosted telethon at his cities local network affiliate. Extraordinaire has an anything goes approach to his music that is an unconscious raw style-­‐ where if it sounds good-­‐ feels good-­‐ IT’s MUSIC!!! He would go on to join forces with B-­‐Lo Brown to create the dynamic duo Black Folk, Inc. -­‐ the Southern Hip Hop phenoms that left heads turning throughout the South and all the way to Japan. The group received honors throughout the music industry in many publications – Murder Dog Magazine honored them as ‘One of the best album Releases’. The C.I.A. Awards voted them Best R&B/Rap Group twice. Together they opened concerts for such acts as Too Short, Trina , Ying Yang Twins, Slim Thug and Eightball & MJG, Doug E Fresh, Whodini, and Big KRIT and they have also headlined concerts throughout the southeast. The Hole Magazine deemed them TENNESSEE BAD BOYS.

The success of Black Folk, Inc – launched his career in production to the next level. He began producing music for artist signed to Atlantic, Shady, Sony and SRC. He had an opportunity to work with Lil Wayne but on the eve of the collaboration -­‐ the local artist from Chattanooga (Pinney Woods) Brikk was killed. During th at same time he had signed to a label – but the CEO was later placed in prison halting all publicity on the single that was in rotation “She Likeded Dat”. In the midst of tragedy and mishap – Walter Lee, his more conscious /artistic side, was birthed. He turned his attention to starting the Hip Hop production collective Circa 94 Beats. He continued to experience loss of close friends that he had built his music foundation with. He focused even more on Circa 94 Beats which was a way to take it back to his roots, rebuild and come back stronger and harder to be able to take the hits the game served him. Over the next 3 years Circa 94 Beats released several projects on the hip hop label Serious Knock Entertainment – including a project with Black Folk, Inc.

The creative sparks to perform again as EXTRAORDINAIRE began to fuel him and he began recording day and night – tracks that were in the anticipation of his solo debut ‘Bread & Butter’ from Southern Comfort Entertainment. He is out to get his piece of the pie – production, rap, movies, TV – Worldwide! “I Love doing music for the sake of art’s sake and creating new sounds…that is my Walter Lee artistic side… but the Extraordinaire side of me will always be competitive and go HARD when it comes to making music!” -­‐ Walter Lee Younger a.k.a. EXTRAORDINAIRE

Also look for Walter Lee on Google +, Flickr , Path and on on myspace @ 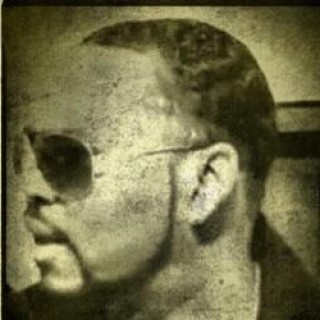 The gift and the purse.